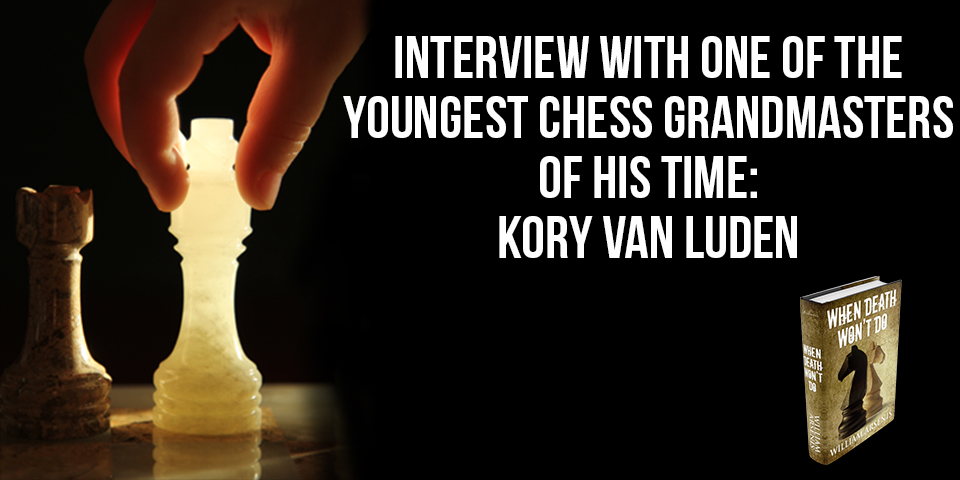 Kory: You seem to be somewhat of an enigma: You’re a pilot, but you’re not.

William: That is correct. I’m a captain for Southwest Airlines. Technically. I’m on the seniority list, but I’m on disability and I don’t have a medical certificate, so I can’t fly. And you can’t really call yourself a pilot if you can’t fly.

William: No. I was referring to Lieutenant Commander Spock, from Star Trek—what am I saying?—you never did watch much television.

Kory: True enough. So when did you start writing?

William: When I was kid. In fact, I wrote a story with the same title as my new novel: THE PARADISE SYNDROME.

Kory: Same theme in both?

William: Hardly. The short story was about alien visitors, like the CLOSE ENCOUNTERS OF THE THIRD KIND. The novel is a romance/time travel book with a theme that’s directly tied to the title.

Kory: When did you know you wanted to become a writer?

William: I’m not sure, really. It depends on what you mean by “writer.” According to Stephen King, a writer is somebody who writes. What is your definition of a writer?

Kory: A writer is a person who writes books, stories, or articles, presumably in a professional capacity.

William: Hmm. The idea of being a full-time writer first crept up on me in 2010, when I went on disability, but didn’t take hold until 2012, when it became evident chances were slim I’d ever return to the left seat.

Kory: I presume that’s pilot’s jargon for resuming your position as a captain.

Kory: What inspired you to write?

William: What? As a kid? I just did. I wanted to. It wasn’t a school assignment thing. I loved telling stories. I’d record stories on cassette and then mail them to—

William: It’s an audio-storage medium. You must be Young Kory.

Kory: It’s unsettling to have my creator refer to me as such but, yes, I suppose “Young Kory” is an appropriate appellation…I’m seventeen.

William: In love yet? Sorry, I’m making you blush. It’s okay, it’s okay…Damon has no access to any of this.

Kory: Perhaps, but I’d really prefer to not mention delicate matters of that nature in this public interview.

Kory: Back to my original question then—no, I wasn’t referring to your beginnings as a writer of short stories. I’m more interested in what inspired you to write your first novel.

William: And create you? That’s okay, you don’t have to answer, I know. You were my inspiration, Kory. You. The grandmaster. The father. The story came to me—the core plot—when I was a young man walking back from work.

William: This was a long time ago, back when I was competing. I even played with a young grandmaster in simultaneous exhibition, much as you did, except in my case, I wasn’t the grandmaster.

Kory: So you’re not a grandmaster in chess?

William: [Laughs] Not even close, Kory. But I created you, and you are—will be—one of the youngest grandmasters of your time. So I’m a grandmaster by proxy, if that makes you feel any better.

Kory: It most certainly does not.

William: Sorry to disappoint you. You have to understand, it’s not every day a character from a book conducts an interview with his author.

William: It will pass. So it is written, so it shall be done.

William: Touché. Let’s leave the actor references and continue this interview, shall we?

Kory: You say you never attained a grandmaster rating. What was your ELO, if I may ask?

William: You may not. On to the next question.

Kory: Were you able to play without a chessboard?

William: Sort of. I almost got run over once, walking down a busy street in Athens while attempting to play out a game in my head.

Kory: Have you ever played an opponent without a chessboard?

William: Without a chessboard, no. I’ve played against a computer and without pieces, but it was a very primitive chess computer and at level one. Every so often I’d look at the chessboard, but like I said, just the board, no pieces.

Kory: How in God’s name did you gain access to a computer, and one powerful enough to play chess?

William: It was twenty-five years ago for me, and over a quarter century in the future for you. I believe it was 1987, or perhaps early 1988. Anyway, by that time, personal computers were commonplace, and they didn’t fill up huge air-conditioned rooms like the computers you’re thinking of. So having a computer that played chess wasn’t such a big deal and I should mention, it took me forever to complete a single game.

Kory: Did you win at least?

William: Yes, most of the time, but again, at level one. That’s a beginner’s level, Kory. Beating a 1987 Chess Challenger computer at level one is nothing to write home about. I’m embarrassed to even be mentioning it. But it is relevant, because from this experience—from my exposure to the rather narcissistic world of chess—I came up with you.

Kory: Forgive me this question, but how is it possible for a person to create something greater than himself.

William: That is a deep question. Because writing is like cheating. You’re not a first draft, or a second, Kory. You’re a product of eight drafts—and in parts more—of a novel that took me over twenty years to complete. Let me finish. I play the piano, like—sorry, I don’t want to spoil things by revealing your future.

I’m a mediocre pianist, especially when it comes to performing. But when I record music—when I have the opportunity to leave behind only the very best that I’m capable of—then, Kory, then I do create something greater than myself.

And writing is like recording—only the very best remains behind. Readers are not exposed to the pitiable mediocrity that is the first draft. Hemingway once said that the first draft of anything is shit.

Kory: How eloquently put—by Hemmingway, that is, not you.

Kory: What an unnecessarily cruel thing to say. Be that as it may, this interview is over. Thank you, Mr. Arsenis.

William: You’re very welcome. And don’t be so touchy, Kory. Remember: I couldn’t possibly be tougher on you than I am on myself.